On May 7, the Illinois Utilities Business Diversity Council (IUBDC) provided the leaders of tier-one suppliers to original equipment manufacturers with insights on strategies for increasing work with diverse sub-contractors and vendors. More than 50 attendees gathered for the workshop in Chicago, part of IUBDC’s ongoing effort to increase contract opportunities for its minority, women, and veteran business partners.

“IUBDC members are committed to not only sourcing our goods and services from diverse businesses, but we’re leveraging our influence to help these historically underutilized companies to serve tier-ones in other industries,” said Craig Gilson, chair of the IUBDC Education and Best Practices Committee and senior director of Division Operations for Ameren Illinois. “This is a concerted effort to grow the pipeline of work for qualified tier-two diverse suppliers.”

In November 2018, the IUBDC hosted an internal workshop to learn from utility professionals and other non-utility companies who are proven leaders in building business relationships with diverse companies, and expanding business with tier-two material suppliers.

To see photos from this event, please visit the Council’s Photo Gallery.

Building on the relationships that the Illinois Utilities Business Diversity Council (IUBDC) has cultivated over the course of its three-year history, the Council collaborated with Illinois legislators, representatives from Governor JB Pritzker’s Administration and the Illinois Commerce Commission to once again host the IUBDC Legislative Reception on Tuesday, March 5 in Springfield. Advancing supplier diversity was a key discussion point for the Council during its legislative reception. With support from the legislature, IUBDC has opened doors for Illinois-based diverse suppliers to sell $1.05 billion in goods and services to the state’s leading utilities, contributing an incremental $2.05 billion to the Illinois GDP.

To see photos from this event, please visit the Council’s  Photo Gallery. 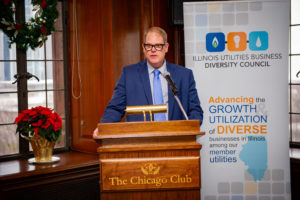 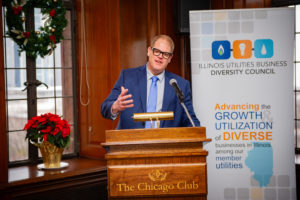 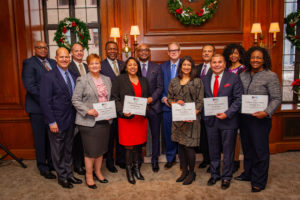 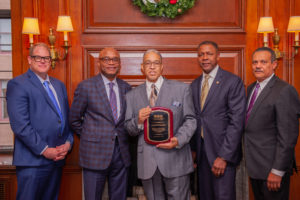 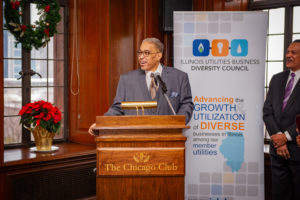 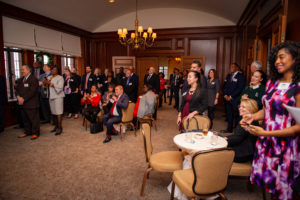 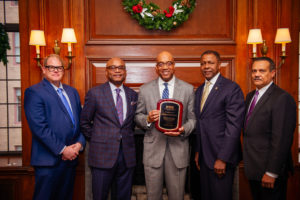 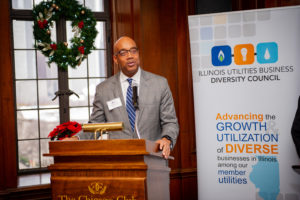 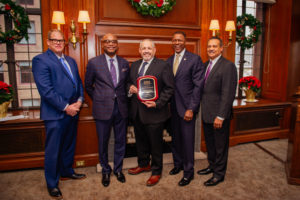 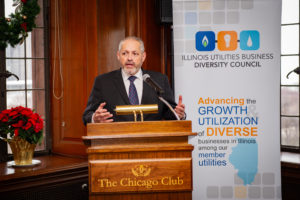 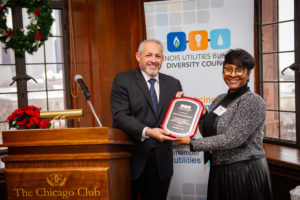 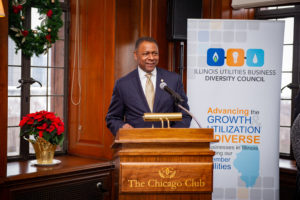 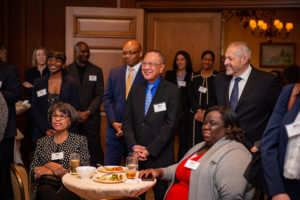 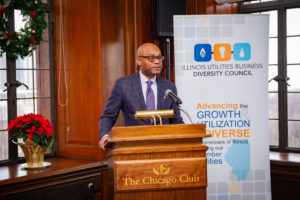 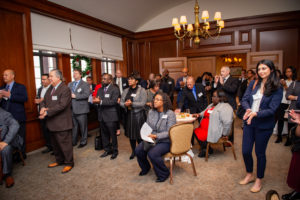 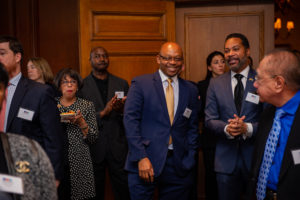 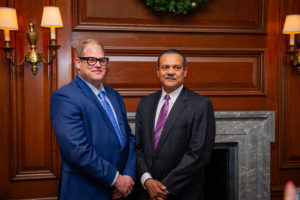 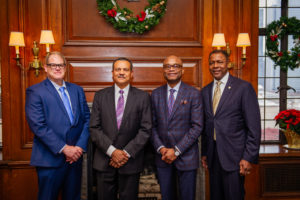 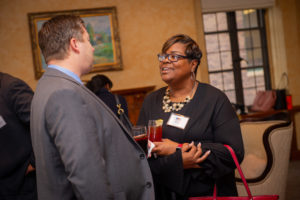 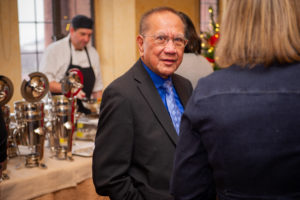 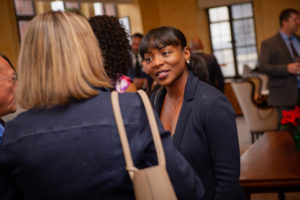 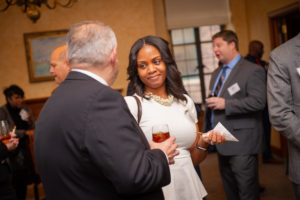 Illinois regulators, legislators and energy stakeholders joined directors of the Illinois Utilities Business Diversity Council (IUBDC) to celebrate the Council’s accomplishments, welcome incoming leadership, and recognize those individuals who made a difference for their companies, diverse businesses and the Illinois economy in 2018. IUBDC’s Annual Networking and Awards event was held Dec. 4 at the historic Chicago Club.

“What started as a forum for discussing critical policy issues and programs has evolved into something much bigger,” said Richard J. Mark, Ameren Illinois’ chairman and president, and the outgoing chairman of the IUBDC’s board of directors. “Today’s IUBDC reflects the commitment to not just buy more goods and services from diverse companies, but to truly engage in a strategic effort to expand the opportunities for diverse companies to succeed for the long haul.”

Mark highlighted the Council’s progress, including results of an economic impact study, which revealed that the supplier diversity efforts practiced by IUBDC member companies added $2.05 billion to the state’s gross domestic product, supported 14,200 jobs in Illinois, and added $341.5 million in taxes collected.

Several individuals and businesses received recognition for some of the many contributions to the region’s economic growth, dedication to the Council and strong sense of community:

IUBDC’s board of directors wrapped up the networking and awards event by honoring Jim Monk, president of the Illinois Energy Association, with the inaugural IUBDC Jerry Garland Award for Excellence in Supplier Diversity. Monk is the first to receive this very touching memorial award, celebrating his four years of service to the Council and body of work that exemplifies his passion, exceptional work ethic and commitment to the practice of inclusion and diversity. The award recognizes individuals who have demonstrated exceptional results in advancing the practice of inclusion and diversity. The Jerry Garland Award will be awarded annually.

The Illinois Utilities Business Diversity Council (IUBDC) members include Ameren Illinois, ComEd, Illinois American Water, Nicor Gas, North Shore Gas and Peoples Gas. The mission of the IUBDC is to serve the Illinois utilities as a forum for best practice sharing and information exchange with the focus on advancing the growth and utilization of utility-based diverse businesses in the state of Illinois.

In a joint effort with National Minority Supplier Development Council, the IUBDC entered into a partnership with the Kellogg Executive Program at Northwestern University to provide certified, established, expansion-oriented MBEs with the tools and skills needed to achieve and sustain accelerated growth. Scholarship applications are accepted annually for participation in the IUBDC Kellogg Executive Program at Northwestern University. The following requirements will be taken into account when applying for this scholarship. The IUBDC will award full scholarships up to two qualified participants enrolled in the program each summer.

SCHOLARSHIP APPLICATION REQUIREMENTS
Applications will be evaluated and selected by a panel based on application responses. The scholarship award winners will be announced in May.
COMPLETE YOUR APPLICATION 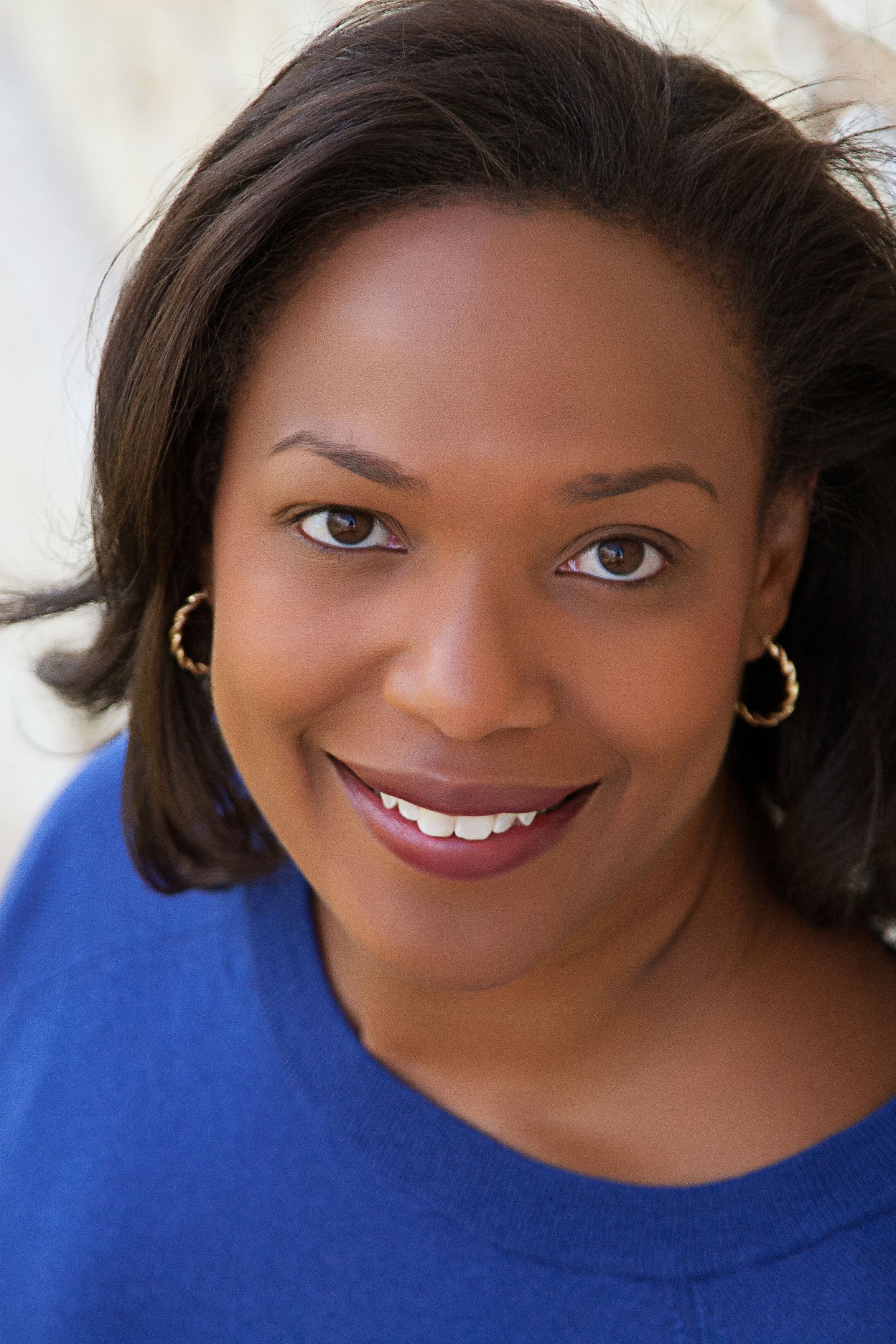 “It’s not how to grow your business but to be prepared for the growth,” is how Jeune summarizes her experience in the five-day program. She found the conversation between other entrepreneurs about the challenges and solutions they each experience to be beneficial; she believes every minority entrepreneur should attend the program. 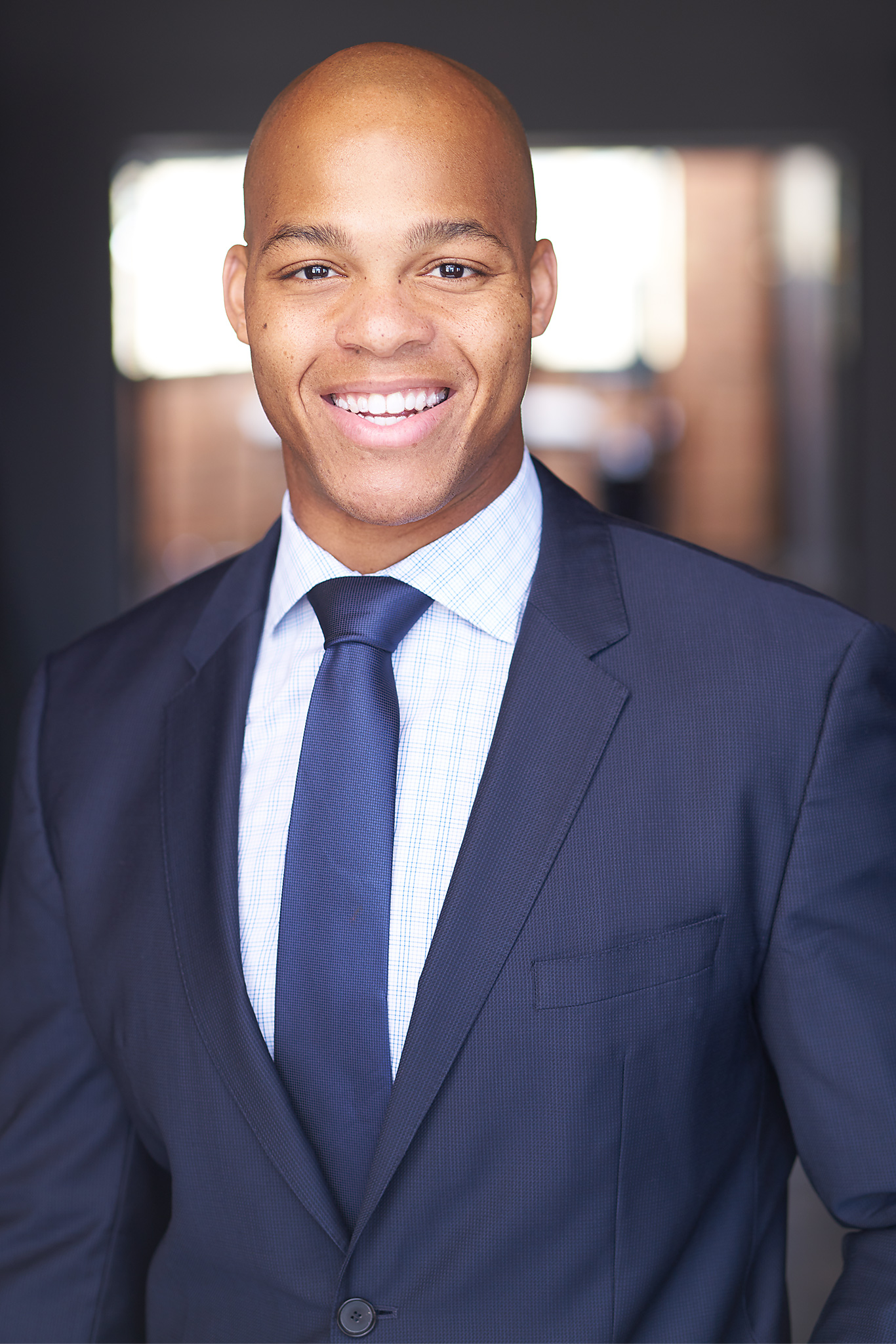 “The instructors offered expert advice on issues we deal with every day and provided a helpful framework for envisioning the future of our organizations. I appreciate the prior efforts of these trailblazers who came before us and have given so much to see other minorities live out their entrepreneurial dreams,” said Davis. 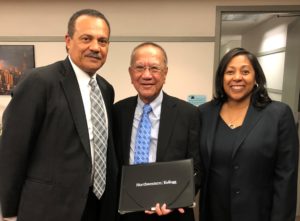 “Thanks to a scholarship program from IUBDC, we received  world-class training that will help us increase the value we provide to our utility customers.”

Illinois State Senator of the 11th senate district, Martin Sandoval delivered an inspiring opening message to the prime contractors, sharing the economic benefits of developing a diverse supply chain and encouraging them to develop a plan to better utilize diverse subcontractors.  Afternoon work sessions centered on developing long-term approaches for balancing contracts that are outsourced and performed in-house, and balancing work with a variety of suppliers.  A critical focus area for the utility members’ Supplier Diversity team was to help identify and connect with diverse suppliers through continued education and awareness events that provide technical assistance to the MBE, WBE and VBEs.

Diverse suppliers and prime contractors from the Chicagoland area came together to participate in the IUBDC’s Phase III Institute, which took place in November at the new Peoples Gas Energy Training Center in Chicago.  The event was the third installment of an IUBDC series intended to educate and facilitate better connections between diverse suppliers looking for opportunities and prime contractors looking for job partners.  The Phase lll Institute focused on establishing consistent supplier reporting protocols for prime partners. Event participants heard from several speakers and joined discussions that centered on

Later, more than 50 diverse suppliers who participated in the day’s activities also enjoyed networking sessions that connected them with prime contractor decision-makers and utility leaders.

Post event evaluations indicated that participants received valuable insights that will help facilitate new buy/sell opportunities, along with useful information such as details on insurance requirements for building a supplier diversity program within their own companies.  To see photos from both events, please visit the Council Photo Gallery.

Here are a few of their comments: 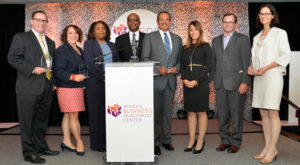 On Thursday, September 7th, the Women’s Business Development Center awarded the Illinois Utilities Business Diversity Council (IUBDC) with the 2017 Future Forward Award. The award recognized the IUBDC for innovative partnership and the work the Council is doing to advance the growth and utilization of diverse businesses in Illinois. IUBDC board members and other leaders from the Council’s member companies were on hand to accept the award including: Illinois American Water vice president of operations, Mike Smyth, Ameren Illinois chairman and president, Richard Mark, ComEd president and CEO Anne Pramaggiore, Nicor Gas president, Melvin D. Williams, Peoples Gas and North Shore Gas vice president of operations and maintenance, Lori Flores Rolfson. There was also participation by Illinois Commerce Commission Chairman Brien Sheahan and Commissioner Sadzi Oliva who joined the IUBDC leaders at the award reception. Click here to view a video.

The Illinois Utilities Business Diversity Council (IUBDC) held its first Legislative Reception on April 26, 2017 in Springfield during the closing weeks of the 100th Session of the Illinois General Assembly.

Newly-elected and veteran legislators representing all areas of state, from Round Lake Beach and Addison, to Downers Grove and East St. Louis, attended the event. Several legislative leaders who have demonstrated their commitment to broadening and strengthening business diversity in Illinois were on hand for discussions with the more than 30 representatives of IUBDC-member utilities.

In his opening remarks, Melvin Williams, Chairman of the IUBDC and president of Nicor Gas highlighted the importance of the IUBDC and why it’s imperative that Illinois utilities help to reshape business diversity. “We understand that doing business in a manner that reflects the communities we serve helps us achieve our business objectives while strengthening our communities and our local community.” said Williams “Our dedication to businesses and organizational diversity has never been stronger. It is not a program or an initiative- it is a key strategic business imperative and at the core our corporate values.”

With ComEd, Nicor, Ameren, Illinois American Water, Peoples Gas and the Northshore Company participating in the discussion panels, attendees had the opportunity to better understand procurement processes, needs and other important details related to what it takes to work with the participating Utilities. Topics included safety, insurance requirements, operator qualifications, risk management, cyber security and more.

The day concluded with a networking event where the attendees had an opportunity to mingle with various utility representatives, advocacy leaders, panel participants and other diverse supplier company leaders.