Blanchette has more than 20 years of water and wastewater industry management experience, including more than 12 years with Aqua. He is responsible for executive oversight of the development, management and operations for the water and the wastewater functions, which include the delivery of public drinking water; wastewater collection and treatment; engineering, maintenance and construction; ensuring regulatory and environmental compliance; and public health and safety related to the company’s operations. He is also responsible for driving the organization’s operations to satisfy its various stakeholders.

Prior to joining Aqua, Blanchette served as Village Administrator, Superintendent of public works, and water and wastewater operator for the village of Manteno, Illinois. He was responsible for the overall management and operations of the various departments within the village of Manteno, including public works, parks, water and wastewater, general government, and building and zoning.

Blanchette earned a Bachelor of Science in business administration and a Master of Business Administration from Oliver Nazarene University. He is a member of the American Water Works Association, Water Environment Federation, past Chairman of the Illinois Section NAWC Chapter, and serves on various local boards and charitable organizations. 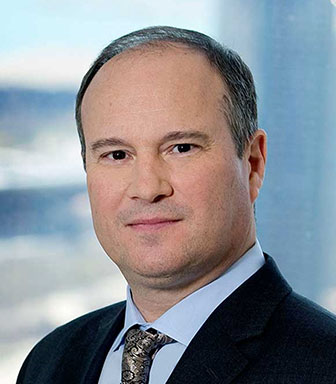 Dominguez leads ComEd, an Exelon company, which powers the lives of more than 4 million residential and business customers, or 70 percent of Illinois’ population. He is responsible for the safe and reliable delivery of electricity to customers and for empowering them to manage their energy use. He oversees the management of the electric grid for Chicago and most of northern Illinois and ComEd’s partnerships with the diverse communities it serves.

Before joining ComEd, Dominguez served as executive vice president of governmental and regulatory affairs and public policy for ComEd parent company Exelon. In that role, he led the development and implementation of federal, state, and regional governmental, regulatory, and public policy strategies for one of the nation’s largest electric companies with approximately $34 billion in annual revenues.

Prior to joining Exelon, Dominguez was a partner in the law firm of White and Williams, LLP, with a broad-based litigation practice counseling large and small corporations, institutions, and government entities. He is a former assistant U.S. Attorney, Eastern District of Pennsylvania, where he spearheaded the investigation and prosecution of numerous crimes ranging from money laundering to murder-for-hire.

Dominguez serves on several boards of directors and councils, such as Hispanics in Energy and the Rutgers Law School Corporate Governance Advisory Board. He cofounded the Association of Latino Energy and Environmental Professionals, an organization focused on ensuring the Latino voice is heard in the energy and environmental industries, in 2011.

Dominguez received the Michael K. Smith Excellence in Service Award from the Pennsylvania Bar Association, the Adelante Award from APM, the Delaware Valley’s Most Influential Latinos Award, the Visionary Hispanic Energy Leaders Award, and the nuclear energy industry’s most prestigious award, the William S. Lee Award for Industry Leadership. Dominguez is an inductee of Rutgers-Camden’s Finest and a past Honoree of the Hispanic Bar Association of PA Legal Fund (HBALEF).

Bruce Hauk is president of Illinois American Water, the largest investor-owned water utility in the state, providing high-quality and reliable water and/or wastewater services to approximately 1.2 million people. In this role, Mr. Hauk reinforces and strengthens customer, regulatory and local government relationships, drives operational and financial results and is the principal external contact for American Water in Illinois.

Mr. Hauk previously worked for Indiana American Water from 1996 to 2002 as a supervisor at the Johnson County Operations and as a superintendent for the Noblesville district. He also served as director of public works, town manager and deputy mayor/chief administrative officer for the City of Westfield, Ind.

Mr. Hauk is a member of the Partnership for Safe Water Steering Committee serving as the National Association of Water Companies representative. He is also active in the American Water Works Association, Indiana Rural Water Association and Indiana Water Environmental Federation. 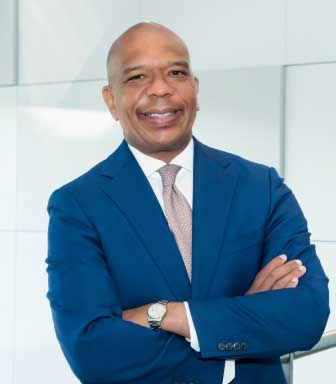 John Hudson is a licensed attorney who serves as president and chief executive officer of Nicor Gas, the largest natural gas distribution company in Illinois. In this role, he is responsible for ensuring that natural gas – a clean, safe, reliable and affordable energy source – reaches more than 2.2 million homes and businesses in 656 northern Illinois communities. In addition, Hudson serves as executive vice president of Southern Company Gas, where he has enterprise-wide responsibility for market strategy and new venture development across the company’s regulated utility franchises in Georgia, Illinois, Tennessee and Virginia. Hudson also is a member of the Southern Company Gas Management Council. Southern Company Gas is a subsidiary of Southern Company and the parent company of Nicor Gas.

Before assuming his current role, Hudson served as executive vice president and chief external and public affairs officer at Southern Company Gas. In this role, he was responsible for the company’s external affairs, customer operations, corporate communications, marketing, community relations, economic development and environmental affairs functions. In addition, he served as president of the Southern Company Gas Foundation, which focuses on philanthropic and volunteer initiatives. Through previous leadership roles at Alabama Power, a sister company of Southern Company Gas, Hudson served as senior vice president of marketing and business development, chief executive of the Alabama Power Foundation, vice president of public relations and charitable giving, assistant to the company’s president and CEO and area manager for the Birmingham division.

After spending more than a decade at Alabama Power, Hudson left the company in 2006 to serve as senior vice president of corporate diversity and public affairs at Regions Financial Corporation. He also founded The Hudson Group, a public policy consulting firm, where he practiced law and served as president and chairman. He returned to Alabama Power in 2010.

As part of his long-term commitment to entrepreneurship and philanthropy, Hudson serves as chairman of the board of directors of Bronze Valley Corporation, which he launched to expand the entrepreneurship and innovation ecosystem among people of color in the technology industry. For his work in the area of philanthropy, innovation and entrepreneurship, he was selected for the prestigious Aspen Institute Ascend Fellowship. He also is a member of the board of directors of Trillion Communications, a national supply-chain company that provides logistics services to the telecommunications industry; A.G. Gaston Enterprises, a privately held investment company with holdings in construction, real estate and media; and Metallum Ventures, a venture capital firm focused on funding early-stage technology startups. 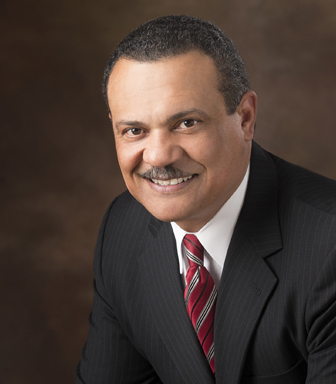 To ensure a secure energy future for Ameren customers, Mark is leading a Strategic Customer Initiative focused on promoting energy efficiency, smart grid technologies and customer-based energy generation, or distributed generation. His team’s goals are to deploy advanced technologies, tools and services to enable customers to manage their energy usage and costs while enhancing the electric grid.

Mark serves on a variety of boards and organizations including Enterprise Bank and Trust, Madison Mutual Insurance, Major Case Squad of Greater St. Louis, and the St. Louis Police Foundation. He has received three honorary doctorate degrees for his civic and community work, as well as numerous awards and honors; most recently Mark was recognized by Savoy magazine in its 2014 spring issue as one of the Top 100 Most Influential Blacks in Corporate America. In 2012, Black Enterprise magazine named him one of the 100 Most Powerful Executives in America. His other honors include the NAACP’s Inspiring St. Louisan Award of 2011, St. Louis Business Journal’s Ten Years of Influence of 2010, St. Louis Business Journal’s Most Influential Energy Executive of 2010 and many more. 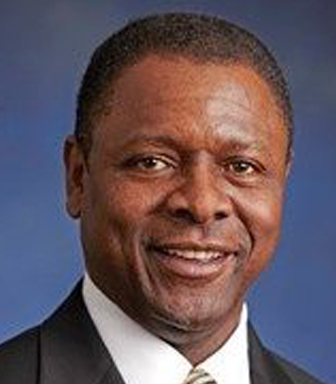 Previously, Matthews served as senior vice president – wholesale energy and fuels, customer solutions for We Energies, the largest electric and natural gas utility in Wisconsin. Appointed to that position in January 2012, Matthews led the development and implementation of market resource strategies to minimize the net cost of serving the energy needs of We Energies customers.

In support of We Energies’ electric generation business, Matthews managed interactions with the Midcontinent Independent System Operator (MISO), an integrated regional nonprofit entity that operates the bulk power transmission system and associated energy market. He also oversaw the annual purchase and delivery of more than 12 million tons of coal, 35 million dekatherms of natural gas and other related commodities for plant operations. In support of We Energies’ natural gas business, Matthews oversaw the purchase of an additional 120 million dekatherms of natural gas annually. Matthews also was responsible for developing generation expansion plans, long-term wholesale marketing activities, and maintaining relationships with the company’s largest commercial and industrial customers.

Matthews joined the company in 2006 as vice president – wholesale energy and fuels. Previously, he was president and chief executive officer of Jamaica Public Service Co. Limited, a subsidiary of Mirant Corp., since 2001. During his 30-plus year career in the energy and utility businesses, Matthews also has been associated with Exxon, Georgia Power Co. and Southern Co. At Exxon, he managed and negotiated service contracts for production operations in the Gulf of Mexico. At Georgia Power, he held a variety of positions in regulatory affairs and finance. At Southern Co., he was director – contract administration and financial services, and also served in external affairs and wholesale energy.

Matthews earned a master’s degree in finance from Atlanta University School of Business, and a bachelor’s degree in economics from Talladega College, Talladega, Alabama. He also completed the executive program in utility finance at the Wharton Business School, University of Pennsylvania.

Matthews previously served as a director on the boards of the United Way of Greater Milwaukee; the Next Door Foundation; Black Arts Think Tank (BATT); Three Harbors Council, Boy Scouts of America; and the American Coal Council, where he also served as board chair.

Anne Pramaggiore is president and CEO of ComEd, an electric utility company delivering electricity to 3.8 million customers in Chicago and Northern Illinois.

Pramaggiore joined ComEd in 1998 to work on the company’s transition to competitive energy markets under the Illinois Consumer Choice Law of 1997. In her role as ComEd’s lead lawyer and as head of Regulatory Policy, she led major policy work around the restructuring of the Illinois electric industry.

In 2009, Pramaggiore was appointed as ComEd’s COO and became responsible for overseeing day-to-day operations on the electric grid and in customer operations. In that role, she led the company’s effort to set the legislative framework for ComEd’s smart grid build-out, a leading model nationally for modernizing one of the largest utility systems in the country.

Pramaggiore was promoted to her current position in February 2012. She is the first female to hold the post of president and CEO at the electric utility.

Pramaggiore serves as a board member of Chicago Federal Reserve Board, Motorola Solutions,Inc., and several civic and community organizations.

She is a 1989 graduate of DePaul University School of Law and served as editor-in-chief of the school’s Law Review. She has a bachelor’s degree in Communications and Theater from Miami University in Oxford, Ohio.

Melvin D. Williams was named senior vice president of AGL Resources (NYSE: GAS) and president of Nicor Gas, the largest natural gas provider in Illinois, in May 2015. He is responsible for ensuring that natural gas is delivered safely to more than 2.2 million homes and businesses in more than 650 northern Illinois communities.

With AGL Resources for more than 25 years, Williams has a depth of operations, new business development and regulatory experience. He previously served as senior vice president of planning and business services, and also held the position of vice president and general manager for Atlanta Gas Light and Florida City Gas. In that role, Williams oversaw field operations in Port St. Lucie, Brevard and Hialeah, Fla., and much of the Atlanta Gas Light territory in Georgia outside of metro Atlanta.

Williams is on the board of the Boys & Girls Club of Metro Atlanta and AGL Resources Foundation and is a member of the American Association of Blacks in Energy. He actively supports numerous community and youth organizations in both Georgia and Florida.

Williams received a bachelor’s degree in business administration from Savannah State University in 1987.